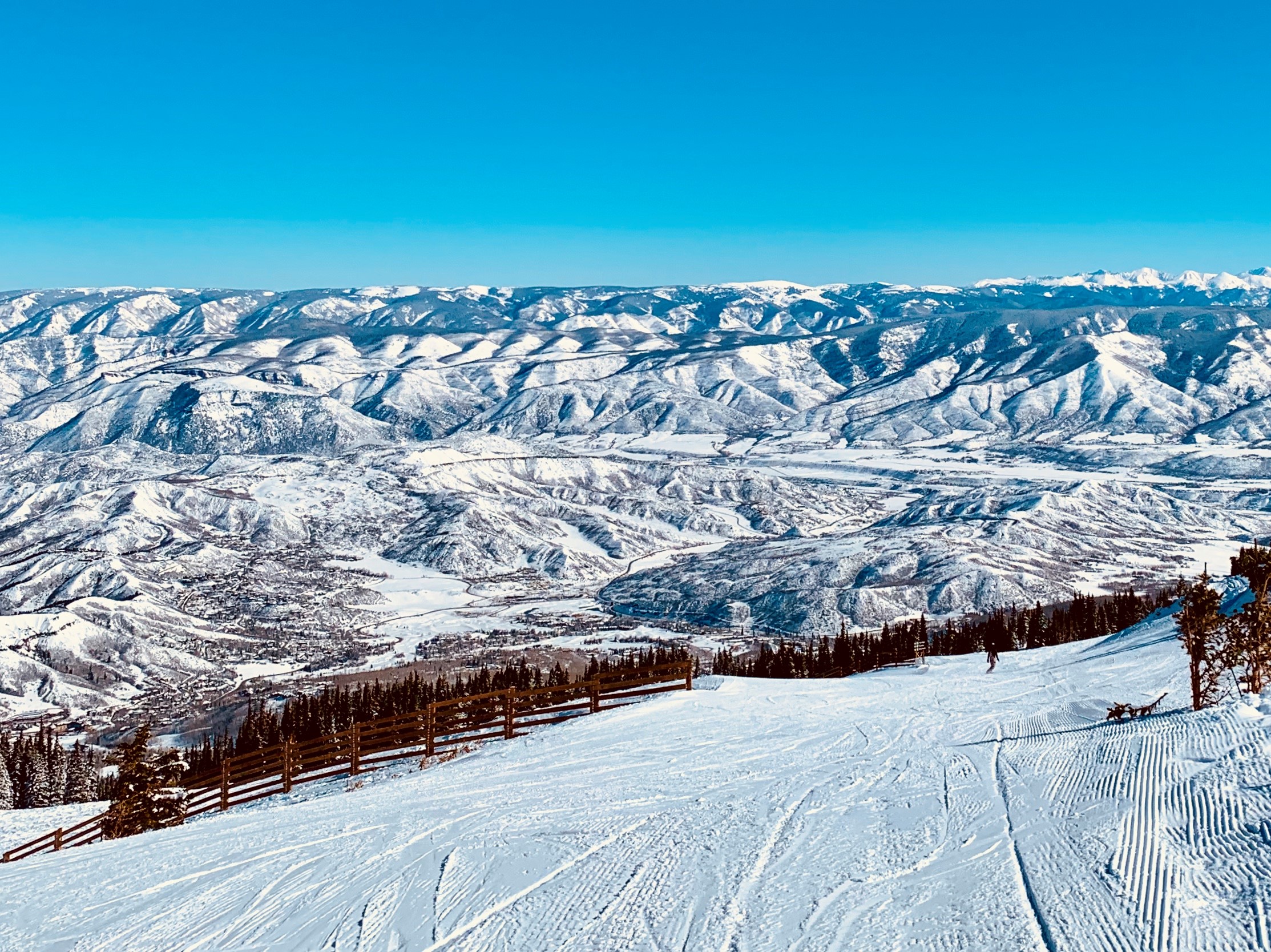 Another spring break and it was time to head out west for our unofficial annual ski trip. This year we selected Aspen, Colorado. Aspen, because it was on our ski pass network (i.e., major lift ticket cost savings) and it’s lengthy distance from any major metropolitan area also discouraged weekend skiers, thus less crowds. Though as we found out, for the rich and famous there is plenty of private jet traffic at a small nearby airport (think ski boots, sequins, fabulous matching ski outfits and lots of cosmetic surgery).

For the rest of us road warriors, getting to the town of Aspen turned out to be a bit of a challenge. My wife tends to be sensitive to the effects of altitude. To help her acclimate to the higher elevations, on our first night in Colorado we decided to stay in the mile high city of Denver. We had been monitoring weather conditions weeks prior to our trip. A weird weather pattern was taking place in the mountains. At first I watched with complete glee as feet of snow fell every week or so. Then when avalanches started being reported on the national news I became a tad bit concerned. Our itinerary was arrival in Denver Tuesday, then drive to Aspen on Wednesday. What didn’t help was there was a very large storm predicted for Wednesday. Despite my assurances to the contrary, my wife wasn’t having any of it. She demanded that driving through a “bomb cyclone” likely wasn’t my smartest idea, which required staying another night 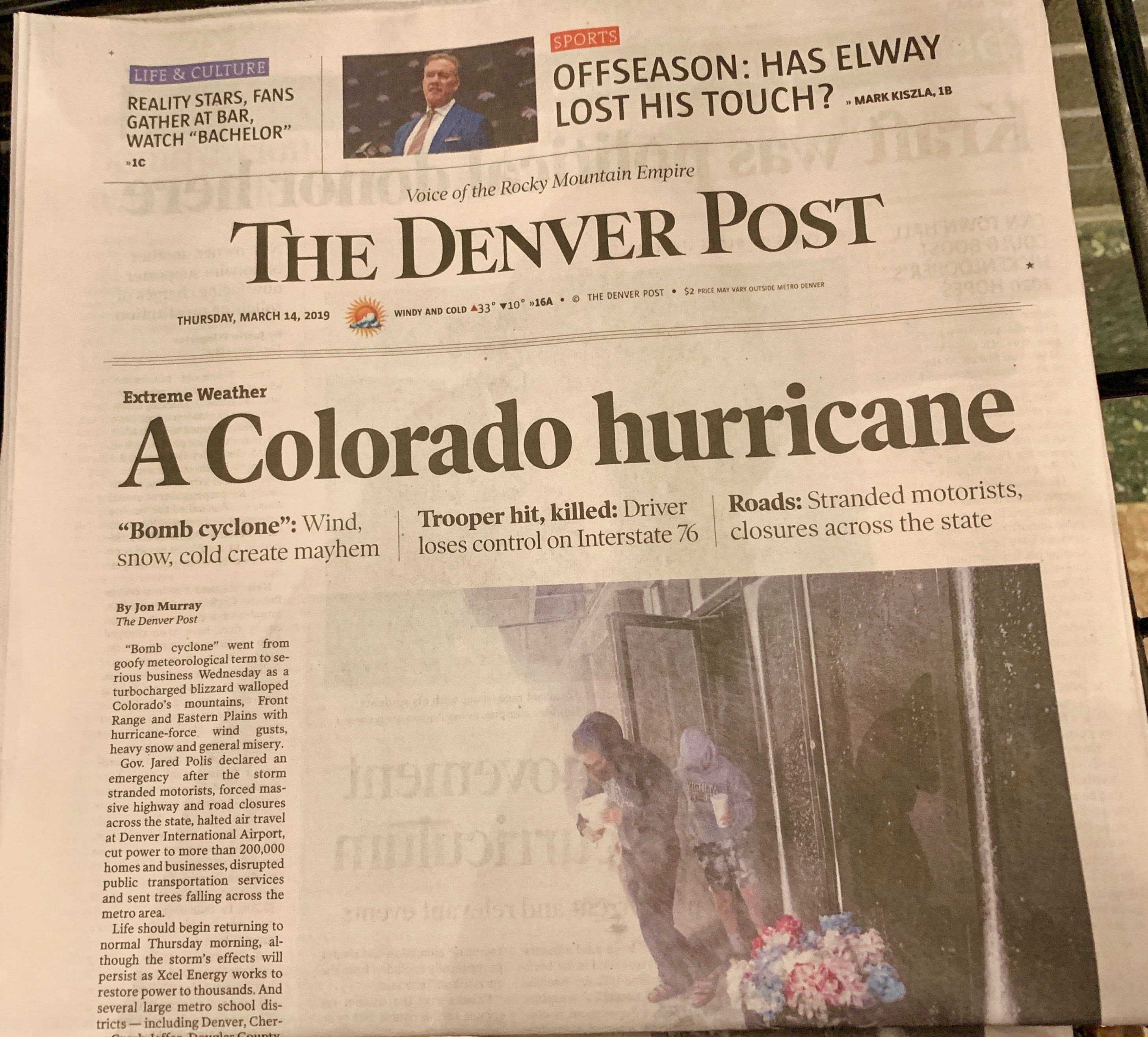 in Denver and losing one precious day of skiing. Don’t tell her this, but thank goodness for her judgement. Not only did many of the roads close, but so did much of the city as well, including most of the restaurants and bars, something I doubt would ever happen in Boston. And even though we arrived a day later, it was still a treacherous white knuckle drive.

I had never been to Aspen, but had certainly heard good things about it. The skiing at Aspen is actually comprised of four separate ski resorts that are connected by lift pass only: Aspen (or Ajax Mountain as known by the locals) which is near the center of town; Aspen Highlands; Snowmass, also the 3rd largest resort in the US; and Buttermilk. Obviously if you are there to ski and there has been something in the neighborhood of five feet of snow over the past three weeks, you wouldn’t have much to complain about. And we didn’t. It also helped that every day was sunny with high temps in the mid 40’s.

It’s a beautiful part of the world and everyone should visit if you have a chance, whether you are a skier or not. However if you do, it’s good to be aware that depending on where you eat or shop, Aspen’s prices can often reflect the jet setters. It might not be a bad idea to have the occasional bagel with cream cheese in your airbnb before you head out.

© 2022 US Wealth Management All rights reserved.